Back in January, the biggest adjustment that Melissa Lamb and Nigel Romick were forced to make was swapping the dining room table for a makeshift changing area. It was another trick that they gladly added to their repertoire in learning to become resourceful and inventive first-time parents to their baby son Luca.

After a whirlwind 2019, the Ottawa power couple were looking forward to a smooth 2020, but life had more difficulties in store with the abrupt appearance of COVID-19, rocking their well-laid foundation and forcing the duo to completely reevaluate their lives’ course once again.

While grappling with parenthood and preparing for a move into a new home, the pandemic caused a sudden and massive hit to both of their careers.

Melissa, a television host, lifestyle expert and brand ambassador, lost a coveted and lucrative contract. Nigel, a defensive end for the Ottawa REDBLACKS, saw his career stall, as well as his income, after the cancellation of the CFL season. Leaning on each other, as they have learned to do so well, Nigel has since found work in landscaping and—in a potential silver-lining moment—has joined the Ottawa Fire Services Volunteer Program. Although the latter was a goal that he originally planned to accomplish later in life during his post football retirement days, the pandemic consequences forced his hand, and there’s no better time than now to make that dream a reality. Similarly, Melissa has been able to adapt her passions and, thanks to ongoing brand ambassador work in partnership with St. Laurent Shopping Centre, some things have managed to remain steadily in place.

As Melissa and Nigel wait for word on the CFL’s status come spring 2021, the two can only embrace the chaos and look ahead to the rest of their lives. Because no matter what the future holds, they are happy to be able to tackle it together.

Born in Vankleek Hill and raised in Orleans, Melissa had always envisioned how her life would unfold, and although her current storyline isn’t precisely what she predicted, things are turning out to be better than she could have ever imagined.

Seven years spent as host for CTV Morning Live was a job that she loved, but it came to an end in the fall of 2017. Seared into her memory in vivid detail, Melissa describes how she was on assignment at the CHEO Dream Home when she was called back to the office and let go due to “restructuring.” With time and distance comes clarity, and crediting the hardship as simply part of her story, she feels thankful for the opportunities that have arisen from the ashes.

With new and continued partnerships, including her work with St. Laurent Shopping Centre, Melissa admits, “I did love my job, but it wasn’t exactly what I saw myself doing. I never would have taken a leap of faith—I’d be there until this day had they not ended the contract. Would I be happy? Probably not, because I feel like I’m so much happier now.”

Nigel is one of only three original Ottawa REDBLACKS players remaining since the inaugural season in 2014. Born and raised in Thunder Bay, the athlete began his football career playing for his high school team and went on to become the third-round CFL draft pick from St. Mary’s University in Halifax. A rough start in 2014 saw the Redblacks win only two games, but he emphasizes, “I was just happy that I was here.” Although maintaining a positive outlook can be difficult, the team persisted and ended up winning the Grey Cup Championship in 2016, the first time in 40 years for a franchise from Ottawa.

Throughout her work with CTV, Melissa covered the REDBLACKS extensively. “There were so many times when we would have been at the same event, maybe we even brushed shoulders,” recalls Nigel, adding with a laugh, “Who knew we’d end up having a baby together?” Three years and one tiny Sagittarius later, Nigel popped the question during an impromptu hike in Gatineau Park. He presented a 1.6 carat diamond ring—which also includes Luca’s birthstone—designed by Margot McNaull of Stór Jewelry Co, and she said yes.

Early next year, the family of three will be leaving their rental and moving into the first home that they’ve purchased together; a Mattamy build in Orleans’ Summerside South community. Having found herself outnumbered by boys, Melissa says that her style has evolved, becoming a “bit more neutral,” although she still wants to incorporate a touch of feminine aesthetic, which will be prominent in her office. “I’m super excited because it will be my girlie explosion!”

Saving photos found on Pinterest for inspiration, the couple is looking forward to a modern country vibe in their new four-bedroom home, with homey pieces like rustic wood mixed with elegant staples like sparkling chandeliers. Having chosen to go full out boy for Luca’s room, the nursery is decorated in a colour palette of grey, navy and white, and portrays a theme of woodland animals, which pays homage to Nigel’s northern roots.

The master bedroom will continue the neutral trend with colours like grey and white, although Nigel has acquiesced to Melissa throwing in some purple and pink accents. With an ensuite bathroom and a walk-in closet—”I’m so excited!” exclaims Melissa—there will be plenty of space for their king-sized bed and perhaps some of Melissa’s DIY projects.

The kitchen they envision is clean, simple and mostly white with white granite, white subway tile and a dark sink with a gold faucet. As cooking enthusiasts, the pair is also looking forward to incorporating a large island with bar stools.

Most of all, the growing family is anticipating the rest of their journey, the part where they create their very own home together. 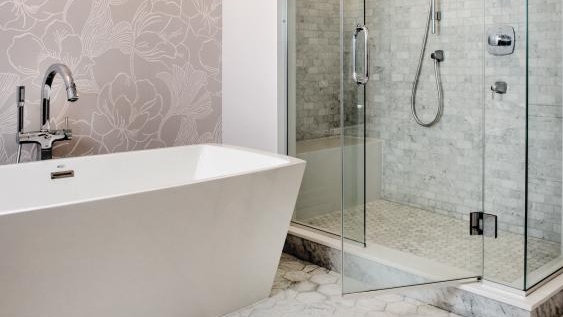 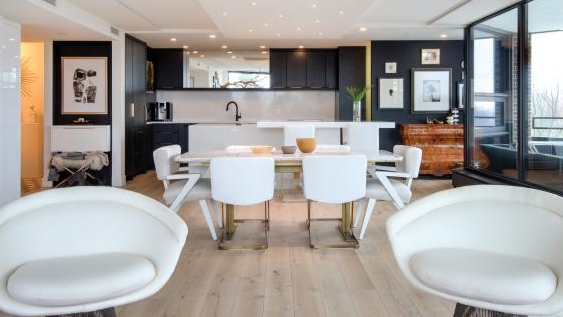 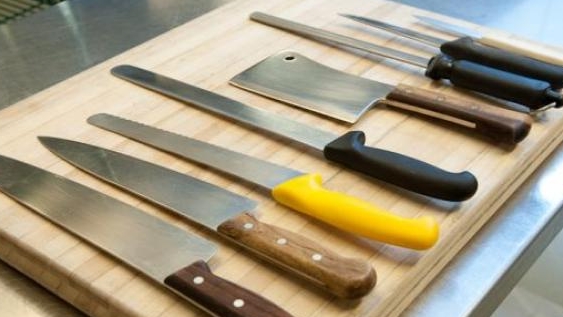