A compassionate lifePublished on October 6, 2017

Michaëlle Jean arrived in Canada in 1968 as a refugee from Haiti. She came with her parents and sister, but when her parents’ marriage broke up she moved to a basement apartment in Montreal with her mother Luce and sister Nadege.

The early years in Canada were challenging for Michaëlle, but her tenacity and strength led to academic success and ultimately superb career achievements as a journalist, broadcaster, and notably as Canada’s 27th Governor General and Chancellor of the University of Ottawa. Today she serves as the third Secretary-General of the Organisation Internationale de la Francophonie, where she is the spokesperson and official international representative for the political actions of the Francophonie, and the first woman to hold this position. She is currently living in Paris with her husband, film maker Jean-Daniel Lafond and daughter Marie-Eden Lafond, yet still maintains a home in Ottawa.

While her diverse career has stirred controversies surrounding numerous topics including her status as a Canadian, she upholds a dignified air of compassion that embodies the strength of her spirit. To spend time with this vibrant woman is an enriching human experience. Michaëlle has great pride in her Haitian roots and rich cultural heritage. She combines a passion for the arts with her philanthropic endeavors, which she also applies to her personal lifestyle.

After finishing her time as Governor General of Canada, she started the Michaëlle Jean Foundation as her legacy. The organization’s mission statement declares, “The Michaëlle Jean Foundation supports youth arts initiatives that transform young lives and revitalize underserved communities across Canada. It is authentic to Michaëlle’s compassionate belief in channeling the artistic core of troubled youth to aid in directing them along a more positive route in life.”

In a conversation over lunch at the Fairmont Château Laurier, the gracious woman discusses her passion for youth and the arts. Her eyes light up as she speaks of the artistic expression of graffiti and “urban poetry.” She refers to these youthful expressions with deep respect and understanding, urging people to take time to read and analyze these often undervalued and unappreciated works.

“Look at urban poetry and what youth are saying. It’s rich when young people use the power of words,” she advises and warns that, “Violence comes when there are no words.” Offering troubled youth the opportunity to have a voice and a place to express is an essential part of the work she does with her foundation. She describes the work of the foundation as offering a sense of belonging and in turn, a sense of self-worth.

Her passionate approach to living is palpable. Each thoughtful word she speaks exudes with insightful wisdom, whether it describes her decorating style – she declares everything in her home is a conversation piece – or her commitment to her foundation.  “The work we do offers a sense of belonging and self-worth,” she says as her famous eyes light up with a vehement spark.

Expressing concern about the pace she witnesses in the world today, Michaëlle states, “We are in a world where everything goes so fast – we are running after time – there is a sense of urgency.” She advises slowing down to make more time and sharing what you have, which is her theory on the meaning of life. Living a life of collecting stories and sharing experiences, she believes that “When you are in a country like Canada, there are so many stories to share – it’s an amazing story of the human experience.”

As a person who possesses great compassion and the ability to understand and express the needs of others with eloquence, Michaëlle is clearly meeting her standards of living a meaningful life in both her professional and personal life. 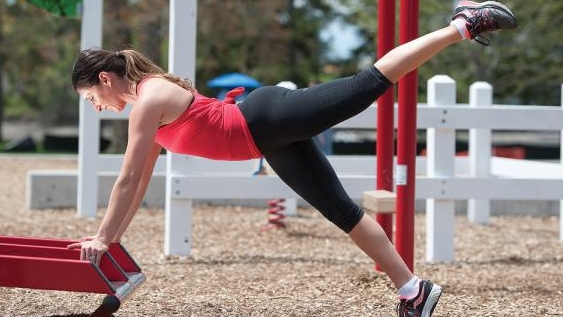