Living in one of Ottawa’s popular, well-established neighbourhoods that is conveniently close to downtown is high on the list for many homeowners. But this often means buying an older home that needs major renovations. Typically, it involves a total rebuild or complete gut to transform the place into a modern space.

Yet, in the case of a 1920s Tudor-style home in Wellington West, each room has been carefully renovated over time to integrate contemporary style within the home’s traditional design. When a busy and active family of four moved in18 years ago, the home evolved with them, changing and adapting to their lives in well-planned stages.

The most recent series of renovations to the four-bedroom home focussed on the kitchen with a combined family room, and a formal living room. Over 30 years ago, previous owners had built an addition to contain the kitchen, and family room which was updated when the current family moved in. Now with both kids away at university, it was time for another facelift to bring in new elements to freshen up the space.

A fresh and modern kitchen

With Sirois & Sons as the general contractor, the first thing to go was the terracotta-tiled floor that spread from the front door to the hallways and throughout the kitchen. Not only did it bring a dark and dated presence to the home, it was cold and hard on the feet. It was replaced in the entry and hallways with hardwood flooring to match the original floors of the living and dining room, but laid in a herringbone pattern.
For their kitchen’s second facelift, the homeowners wanted a more modern, cleaner look and installed large, grey floor tiles. They opted to keep the red brick hearth around the stove, the crown moulding and baseboards to maintain some character elements alongside the new, contemporary-style cabinetry and features.

The custom cabinets by Irpinia Kitchens were constructed from solid wood inside and out, with a pale putty-coloured finish. Dark granite countertops were replaced with white Caesarstone, and a new undermount sink sits in a peninsular countertop which includes a sit-up bar with stools. A corner pantry was moved to make room for built-in cabinetry with leaded-glass doors and glass shelving, giving a lighter feel to the space.

To add some eclectic touches, a mid-century Cherner table and matching chairs share kitchen space with a funky collage by a Montreal artist who creates artwork from recycled street garbage. The room mixes a variety of different styles together in an innovative way to give an overall impression of a modern kitchen in a chic-café setting.

For enhanced light and brightness, all the roman shades were removed from the windows, as well as curtains from the patio doors. The light grey décor was carried through to the family room on the walls and furnishings.

A back hall connects the kitchen with the dining room on one side and living room on the other. Years ago, it became the perfect spot to install a butler’s pantry, but it needed an update. So, it got the same cabinetry treatment as the kitchen with leaded-glass door panels and a new marble counter. It was also better organized for storage and flow.

Interior designer Susan Firestone worked on the living room makeover to convert the former Ralph Lauren style in dark green and burgundy to a classic and timeless décor. After removing the stippled ceiling and installing pot lighting, the walls were painted in a heritage-beige tone by Benjamin Moore.

Susan designed a new wood mantel and marble hearth for the wood-burning fireplace, which casts a rich, warm glow over the stylish room. They invested in quality carpets from Elte and fine furnishings from Cadieux in neutral shades and clean lines, to complete the marvelous makeover. Two occasional chairs were especially chosen for their attractive upholstered backs that face towards the entrance of the room.
The homeowners say they are much happier with the new look and functionality of the updated living areas. Their approach to let the family home evolve with them allowed the time to renovate each room in the right way, without constant do-overs. It’s a plan which worked well to combine a traditional home with a classic contemporary appeal that will last for many years to come. 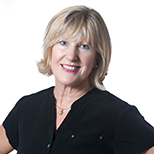 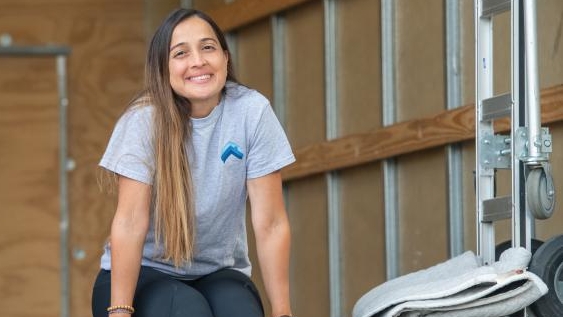 Beginning with a Move 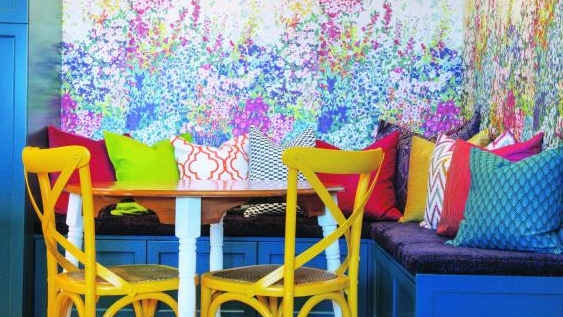 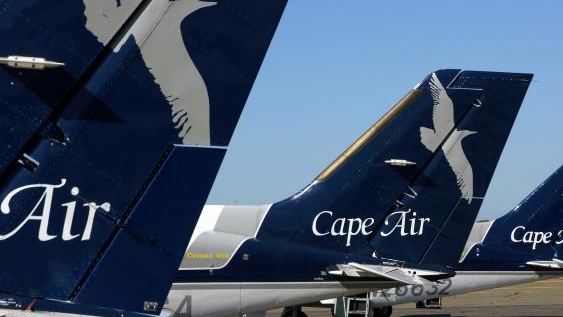 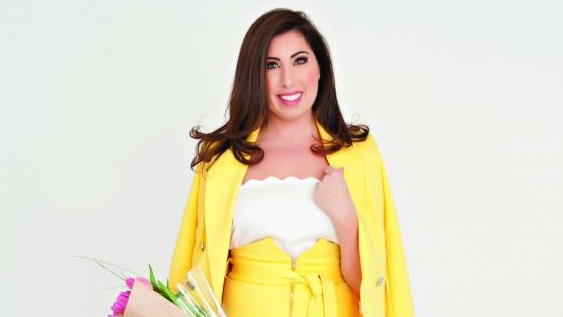