An Unexpected Road to National AcclaimPublished on March 8, 2020

Ottawa native Ian Carswell, chef/owner of Black Tartan Kitchen in Carleton Place, won the Ottawa-Gatineau regional qualifier for the Canadian Culinary Championships at Canada’s Great Kitchen Party last fall. That victory earned him a spot at the national finals which recently took place in Ottawa. Facing off against 11 top chefs from across the country was a dream come true for Ian, made even sweeter by the opportunity to represent the Ottawa area on home turf in this prestigious and intense three-event cooking competition.

Ian says the experience will remain a career highlight for a long time to come and while he did not reach the podium he thoroughly enjoyed the whole weekend and felt very proud of his team’s effort. Ottawa At Home checked in with Ian to learn about how he prepared for the national championships.

What has life been like for you since you won the regional event in November? We definitely have been much busier than usual, even during December when we are almost always full. We are seeing new guests in addition to our many regulars and loving all the support; people congratulated us by coming for dinner, and that has extended into 2020.

You began your career in Ottawa—why the move to Carleton Place? We chose this location in 2016 because it was so much more affordable than Ottawa. We love the small town feel and the camaraderie with neighbouring businesses, some of whom even helped finance our participation at nationals. It’s a town that is growing; we have been very well received for our approachable yet elevated menus.

When did your preparation for the national competition begin? We started a week after the regional event. After the busy holiday season we focused on it 100 percent, practicing almost a dozen black box challenges. Thanks to the experience of creating weekly wine pairings for our blind tasting menu, we were able to come up with a lot of ideas for dishes to go with the mystery wine we’d be dealing with at the first event.

What did you anticipate would be the biggest challenges of the competition? First off, the mystery wine pairing. My sous chef Christian Lessard and I knew we would have to shop locally for ingredients from 6–8 a.m. with $500, and then create 400 plates.

Second, while we didn’t plan any major modifications to our grand finale dish that secured our win at regionals because we feel it represents Black Tartan Kitchen really well, we knew we’d have to tweak it so we could serve up 600 portions in a short amount of time.

And third, the curveballs. I usually do well under pressure thanks to years of experience so I was hoping I could handle whatever unexpected things happen. It’s a serious competition, but I also went into it knowing it’s not the end of the world if I don’t win. The other chefs are amazing and I can’t control what they do; I can only do the best that I can do.

What’s the best advice you’ve received as you were preparing? Two-time winner Marc Lepine of Atelier and THRU had great insights about how to prepare, as did the 2019 champion, Yannick LaSalle of Les Fougères. Pat Garland of Absinthe was very instrumental too. The biggest messages were, “Don’t overcomplicate things. Stick to what you know and don’t do anything new and uncomfortable.”

Did you think about how you were going to pace yourself? Three events versus one at regionals made it a lot more challenging. I knew I’d be running on coffee and adrenalin, trying to save some energy for my six-year-old daughter’s birthday party the day after the competition. My wife Tessa has been amazing keeping things running at home solo lately, but I knew there was no way I could bail on that party.

What did you think it would mean to do well in your hometown? It’s exciting enough to represent Ottawa, but particularly so having the national competition taking place here for the very first time. Winning regionals was fantastic and just to have the chance to vie for the podium against such amazing competitors is an experience I never imagined I would get to have. I feel so grateful for everyone who has been rooting for us in Ottawa and Carleton Place.

The art of the hunt 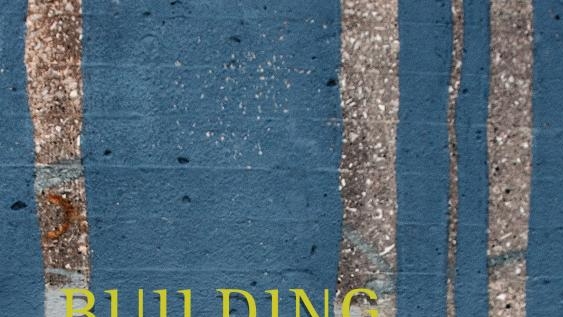