Course of actionPublished on October 12, 2017

The Ottawa restaurant community is a tight-knit group. So it’s no surprise that Noah Firestone, owner of LUXE Bistro in the ByWard Market, could quickly mobilize his staff and fellow restaurateurs when he learned earlier this year that his infant son Zev had been diagnosed with Angelman Syndrome (AS).

AS is a rare, complex genetic disorder that primarily affects the nervous system and can cause delayed development, intellectual disability, severe speech impairment, and problems with movement and balance. The #stickaforkinit campaign launched a few months ago has raised tens of thousands of dollars for FAST (Foundation for Angelman Syndrome Therapeutics), and Noah says that he and his wife Angela share an unwavering optimism that a cure for their son’s rare neurogenetic disorder is within reach.

How did you find out your son has AS? Zev was six months old when we finally received the diagnosis. We had noticed very early on that he was not progressing the way our daughter Mavi (now 2 ½ years old) had in her first few months. After an MRI and X-rays failed to reveal anything unusual, a subsequent EEG led to a consultation with a neurologist who suggested bloodwork and genetic testing, and that’s how we found out. We are so grateful to everyone at CHEO, particularly Dr. Erick Sell as he happens to be an AS specialist.

What was your reaction when you learned what you were facing with Zev? It was initially devastating to be told Zev would need life-long, 24-hour care and most likely would not walk or talk. Getting a diagnosis was a bit of a relief in that we finally knew what was wrong, although it also meant I could no longer keep thinking about best-case scenarios. I instantly had to reframe my mental picture of what life is going to be like for our family.

You sprang into action very quickly – what motivated you? I dove headfirst into research and some of the best resources came from online forums with other parents. I learned that the outcomes can vary greatly from what we’d initially been told to expect; parents shared stories of kids running and being able to communicate though iPads and picture boards. As a “get things done” person who likes to set and achieve goals, I wanted to leverage the aggressiveness that has helped me succeed in business to try to help and protect my family. FAST really impressed me and I knew I had a community here in Ottawa that I could mobilize to help this amazing organization reach its goal of a cure and human clinical trials.

How does your fundraising campaign work? At LUXE, ten cents from every single item people order is being donated to FAST. Some of our neighbouring food service businesses and suppliers have generously made donations. We’ve implemented got a 50/50 draw every pay period for our employees. We are also putting blue forks on our tables and encouraging people to raise awareness by taking selfies with them and posting the images on social media with two hashtags: #stickaforkinit and #cureangelman. We’re also planning a big fundraising gala at LUXE next March.

What has this experience taught you so far? I’d never heard of Angelman Syndrome and although I have learned a lot about how terrible it is in terms of how it can affect people, I’m really encouraged by the fact that it’s also a relatively straightforward, monogenetic (single gene) disorder, which makes it an excellent and viable candidate for developing a cure. That inspires me every day; it’s very exciting to be a part of pushing this cure across the finish line. As my wife and I like to say, it’s so close we can taste it. I love thinking about the fact that our efforts will help not just Zev, but many other families too.

If you wish to participate in the Firestones’ campaign, please visit cure-angelman-now.everydayhero.com/us/stickaforkinit

A Pass with Benefits 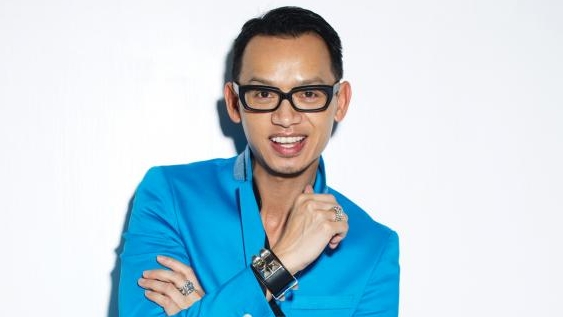 The language of music