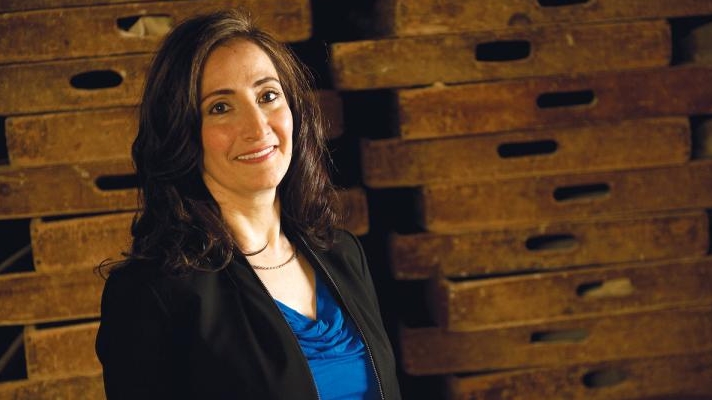 Check out the restaurant or food shop listings for almost any town across Canada and you’ll quickly appreciate one of the greatest benefits of living in an extremely welcoming, diverse country. The wide range of international foods available here serves as a delicious manifestation of our cherished cultural mosaic; it’s something worth celebrating during Canada’s 150th year.

Ottawa’s culinary scene has definitely been shaped by the many immigrants who have settled here, bringing their food traditions with them. Now, there’s a new taste sensation in town, thanks to one enterprising local woman. Rehab Adas – who has called Ottawa home for almost three decades – opened the Syrian Kitchen as an offshoot of her Lowertown Portuguese Bakery last November to serve up the fresh, healthy food she first enjoyed during her childhood in Syria. She proudly employs newly-arrived Syrians, offering them not only the opportunity of employment, but also a chance to showcase their heritage.

Ottawa At Home spoke with Rehab to learn about her new venture and what makes Syrian food a standout in the world of Middle Eastern cuisine.

Have you always been interested in food? I have always liked eating, but this was not my original career path. The mood changes, you know! I worked in the computer science field before buying the Portuguese Bakery in 2009.

Did memories from your childhood in Syria influence your desire to open the restaurant? Yes! I remember happy times when the whole family was in the kitchen making food together. That’s one of the big reasons why I wanted to open Syrian Kitchen – to help others preserve their own memories and keep their food traditions alive. No one was making Syrian food in Ottawa, and I thought it would be a good way for people here to get to know about Syrian culture and think about our country in a different way than just a place of war. Plus, by employing new Syrian immigrants, I felt it was a great way to emphasize that these people truly want to build lives here and become part of the community.

How is does Syrian food fit in the landscape of Middle Eastern cuisine? Syrian food is probably most similar to Lebanese – the two countries share a border and many similarities when it comes to food. I would say that Lebanese cuisine tends to focus more on the design and the way the food looks, whereas Syrian cuisine is all about the taste. Ours is one of the oldest cooking traditions in the world and Syria is often described as having the “most famous kitchen” in all the Middle East.

How did you choose what dishes to offer on your Syrian Kitchen menu? I asked my regular Portuguese Bakery customers what they liked to eat and many said falafel, tabouli and baba ghanoush, so we offer all of those along with other traditional Syrian favourites. We also sell a fantastic eggplant dip that’s a little different – it’s made with roasted eggplant, tomato, green pepper, parsley and lemon juice. Even people who claim they don’t like eggplant love it – this summer, we’re going to try making it with barbequed eggplant for a bit of a smoky flavour. I am hoping to add Syrian shawarma to the menu one day as it is a little different than what people have probably tasted before and really delicious.

Has it been easy to find Syrians to work in your kitchen? I have hired three Syrians since we opened, including Mohammed, our chef, who came to Canada on the first planeload of immigrants in December 2015. He has trained others and we reach out to the Syrian community for extra help when we are especially busy. I never have any trouble finding Syrians who are ready to work.

Do you have plans to expand the Syrian Kitchen? I am hoping to grow the wholesale side of the business and am in the process of finding more stores to carry our products. The Herb and Spice, Produce Depot, the Hintonburg Marché and Perfection Satisfaction Promise were quick to give us shelf space and that has helped more people get to know about the Syrian Kitchen. I’d also like to expand the menu and purchase some industrial equipment for the kitchen so we can prepare food in larger quantities. We are also doing more and more catering all the time, for government departments and private parties. But I am being careful; I like to start small and go step by step.