There’s a new apple in the orchard and it’s aiming to make a big dent in the problem of food waste, highlighted as one of the biggest issues facing the world’s growing population. Arctic Apples, genetically engineered to silence the enzyme that causes browning, just might do for the nutritionally-powerful apple what peeling and tumbling have done to create a new product – packaged baby carrots – which doubled carrot consumption. It’s timely, too, as fresh cut fruit and vegetables, known to all as healthy convenience foods, are a growing sector of the produce market.

As Neal Carter, the creator of the Arctic Apple, explained at a recent presentation at Crop Life Canada’s Ottawa offices, the goal is to get more apples into more places and reverse the trend of declining consumption. He envisions cut apples being a key part of school and work lunches, tucked into sandwiches or enjoyed as dried apple chips. Non-browning apple pulp – achieved without chemical treatment – can also be a key component of smoothies, fruit leather and other treats.

Neal demonstrated the non-browning properties in an effective way: he smashed two apples together and let them sit for 15 minutes. When the apples were cut open, the Arctic Granny apple was unblemished while the conventional Granny apple was brown and mushy. It was an impressive way to show his science in action.

Summerland, BC-based, Neal, co-founder of Okanagan Specialty Fruits with his wife Louisa, is a farmer and bioresource engineer. He has spent two decades nurturing his agricultural innovation and seems as relieved as he is excited that the product has completed all regulatory and safety approvals (including USDA and FDA plus CFIA and Health Canada) and is finally ready to come to market.

If applying genetic engineering to eliminate browning sounds extreme, take a moment to think about how many apples get thrown out every day because they got bumped around in shopping carts, refrigerators or lunchbags, leaving them bruised and unappealing. Add to that the staggering number of apples that never make it to the grocery store because of bruising incurred during picking or processing – some estimates put this number at 35% of all apples grown – and suddenly the effort to bring the Arctic Apple to consumers starts to make a whole lot of sense.

"We anticipate good value across the supply chain,” explains Neal. “Grower returns are better because there is less damage to crops; there’s also less damage at retail level so the product looks more appealing in the store. At home, Arctic Apples are super convenient – you can cut up an apple one day and if it doesn’t get finished the slices will still be good a few days later.”

As for the varieties of Arctic Apple, Neal says that Arctic Golden and Arctic Granny have received approval thus far; he anticipates approval of Arctic Fuji by the end of 2016. Documentation for two strains of Gala apples will be submitted this fall and they are pursuing Macintosh and Honeycrisp next.

Consumer research, including taste testing, on Arctic apples has been extremely positive, leading Neal to state that the Arctic Apple is expected to have the fastest commercial ramp up ever in the apple business. “Honeycrisp took 20 years to penetrate the market, for example. We want it to take just 5 for Arctic Apples. Our goal is to secure 1.5% of Apple market over the next 10 years; we expect to do this by growing a new Apple business focused on fresh-cut, packaged products rather than chasing the traditional apple market.”

It will be a few more years before we see Arctic Apples on store shelves in Ottawa, but keep your eyes peeled as orchards embrace this innovation over the next few years.

Feminine with an Edge 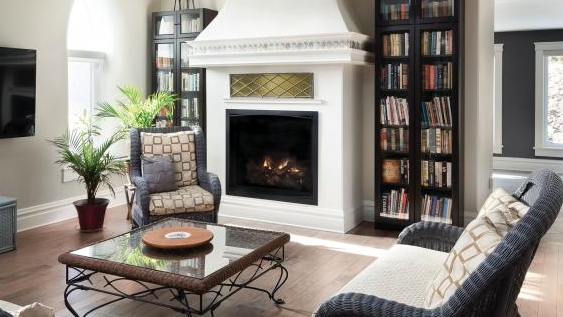