Culinary diplomacy on the menu as Ottawa welcomes ChicagoĂ˘â‚¬â„˘s favourite cheesecakePublished on October 7, 2016

The popular Ladies Who Lunch series took a sweet turn this month with a lavish high tea in the Chateau Laurier ballroom. Guests of honour included Vicky Heyman, wife of the U.S. Ambassador to Canada, plus Maureen and Marc Schulman from Chicago’s famous Eli's Cheesecake. All in attendance were present to not only support the Ottawa Food Bank, but also to celebrate the Canadian launch of the Eli's cookbook as well as newly-launched international home delivery for Eli's famous cheesecakes.

Maureen says it was the 35th anniversary of the founding of Eli’s Cheesecakes, which served as the impetus for creating the cookbook. “The cheesecakes came about because my father in law, Eli Schulman, wanted to create a signature dessert for his popular steakhouse.” According to trained pastry chefs, he broke all the rules, she explained, yet his cookie-crust, creamy-textured cheesecakes have become an institution.

“He was seventy years old when he created the new class of cheesecake which was unlike anything people had tasted before,” added Marc. “He spent his whole career as a restaurateur creating amazing recipes, each of which stemmed from his dream of how a dish should taste.”

The cookbook provides not only great recipes but also practical tips for home bakers as well as engaging stories about the history of Eli’s, said Maureen, who is a co-author of the cookbook.

“If the reception Eli’s cheesecakes have received at the U.S. Ambassador’s annual 4th of July party in Ottawa are any indication, we think both the cookbook and our cheesecakes – which you can now order to have couriered to your door – will enjoy a very warm welcome in Canada.”

After guests learned that Eli’s bakes 20,000 cheesecakes per day in 50 different flavours, the Fairmont Chateau Laurier’s Executive Chef Louis Simard gave an engaging culinary demonstration on how to garnish cheesecake at home with Eli’s Pastry Chef Dina Moles, another of the cookbook’s co-authors.

Expressing her excitement that more people in Canada will now have a chance to sample the cheesecake that is beloved by Chicagoans as well as Hollywood royalty and Presidents, Vicky Heyman called Eli’s cheesecake ionic. “It’s delicious, inventive and the business has always operated with a great sense of community,” she said. “It’s very appropriate that we are celebrating Eli’s at a Ladies Who Lunch event, given that you are a social and business philanthropic network of dynamic women who value the good you create in your families, your businesses and your communities.” 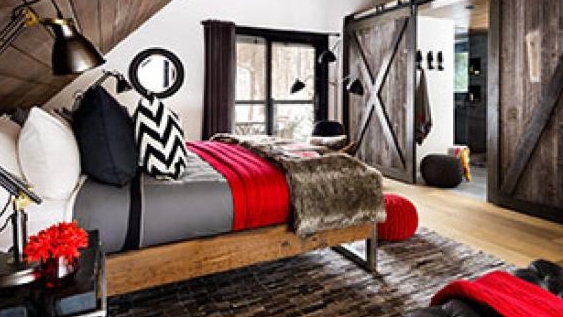